Sample some recent ventures, each focused on answering specific questions about Earth's environment and our place in it.

Roughly 50,000 years ago, a stone tool industry appeared in south-central Europe that lacks any obvious local source. This industry may represent the earliest known movement of Homo sapiens into Europe, apparently during an interval of sustained warmth (Greenland Interstadial 12). Alternatively, it may represents an independent development among local Neanderthals. The East European site most likely to contain an industry of similar age and composition is Shlyakh, near Volgograd. Original excavations yielded a Levallois point and blade industry, but efforts to date it produced conflicting results. In August 2013, new field research was undertaken at Shlyakh in order to obtain new dates for the site, as well as new information on site stratigraphy and formation processes.

View An archaeological proxy for the earliest modern human colonization of Eastern Europe? > 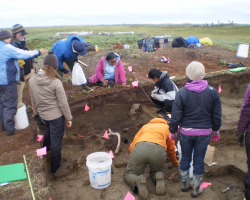 This archaeological research is designed to collect and analyze data on changing patterns of human occupation and environmental conditions on the promontory at the southern entrance to Kotzebue Sound during a period that was critical to the history of the native peoples of northwest Alaska. 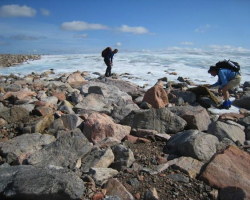 Scientists have disagreed for many years over the precise cause for a period of cooling global temperatures that began after the Middle Ages and lasted into the late 19th century, commonly known as the Little Ice Age. Now, a new study led by INSTAAR Fellow Gifford Miller indicates that the Little Ice Age began abruptly between A.D. 1275 and 1300, triggered by repeated, explosive volcanism and sustained by a self-perpetuating sea ice-ocean feedback system in the North Atlantic Ocean.

View Cause and onset of Little Ice Age > 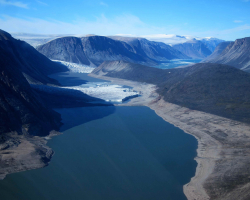 This research is aimed at documenting the timing, mechanisms, and effects of climate changes past and present on the Cumberland Penninsula of Baffin Island. Understanding how this region has responded to climate forcings throughout the Holocene will help us better constrain its role in future climate change and contextualize the magnitude of current warming.

We are seeking to develop a snow water equivalent (SWE) monitoring technique that can leverage both point scale measurements and spatially explicit patterns of SWE from remote sensing in near real-time, which will help provide more credible estimates for water resource applications.

View Estimating snowpack and streamflow conditions in the Colorado headwaters > 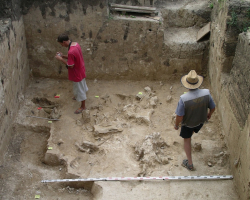 Kostenki is a village on the west bank of Don River in Russia, within and around which are found more than 20 open-air archaeological sites that date to the Upper Paleolithic, and provide a unique window on life on the central plain of Eastern Europe between 45,000 years ago and the end of the Ice Age. 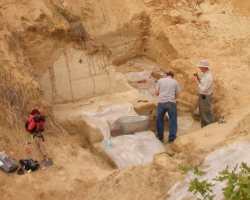 In the summer of 2012, new field research at Mira, an open-air early Upper Paleolithic site located in the Lower Dnepr Valley, Ukraine, contributed to the emerging pattern of how early humans dispersed across and adapted to life on the East European Plain. 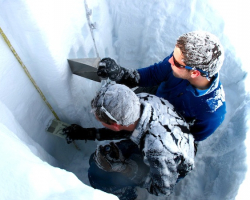 Increasing demand for water, combined with reduced water storage in the snowpack associated with regional warming, is creating resource pressures across the American West. This project will develop cross-cutting scientific understanding of climate-snow-ecosystem feedbacks to identify tipping points that impact the operational procedures and legal agreements associated with water allocations and trans-basin diversions. The nexus of the proposed activity is a synthesis of snowpack information to accurately estimate snowpack water storage. 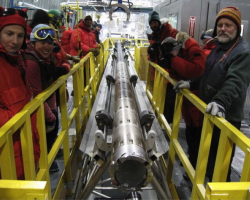 View WAIS Divide ice coring >
Where in the world
is INSTAAR?
Back to Research